Chita & Tune – Two for the Road will kick off this fall.

Tony winners Chita Rivera (The Visit) and Tommy Tune (The Will Rogers Follies) have announced plans for a joint concert tour titled Chita & Tune – Two For The Road. The tour is scheduled to commence this fall, with specific dates to be announced at a later time. 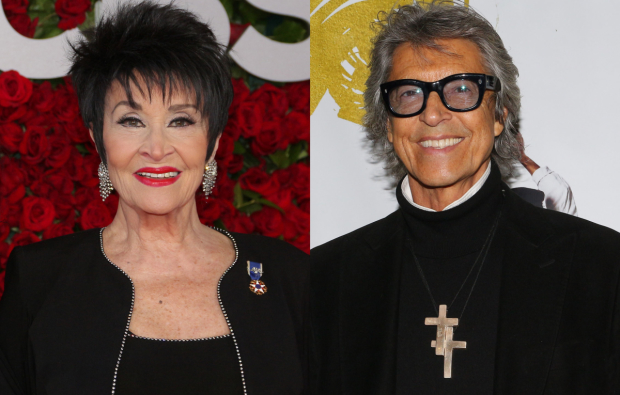 Chita Rivera and Tommy Tune collectively have won 12 Tony Awards. Rivera has won two Tony Awards as Best Leading Actress in a Musical and received eight additional Tony nominations. Her career is highlighted by starring roles in West Side Story, Bye Bye Birdie, The Rink, Chicago, Kiss of the Spider Woman, and The Visit. She was presented with the Presidential Medal of Freedom in 2009 by President Barack Obama, and in 2002 she received the coveted Kennedy Center Honor.

Tune has been honored with 10 Tony Awards recognizing him as an outstanding performer, choreographer, and director: Best Actor in a Musical for My One and Only, Best Featured Actor in a Musical for Seesaw, Best Choreography for A Day in Hollywood/A Night in the Ukraine, My One and Only, Grand Hotel, and The Will Rogers Follies, and Best Direction of a Musical for Nine, Grand Hotel, and The Will Rogers Follies. In 2015 he was the recipient of the Tony Award for Lifetime Achievement in the Theatre.