Multiple Tony Award winner Tommy Tune was awarded the 2015 Special Tony Award for Lifetime Achievement in the Theatre. During an emotional acceptance speech, Tune commented, “I believe that all of it, all of it, is simply an expression of love. What I did for love. What we do for love. On with the show.”

“Right now I’m thinking of Texas in the 50s,” Tune began. “You see, my father’s great dream for me was the same as every Texas father’s dream for their first born son – they wanted us all to leave Texas, go to New York, and dance in the chorus of a Broadway show. And I did it and I loved every single time step.” 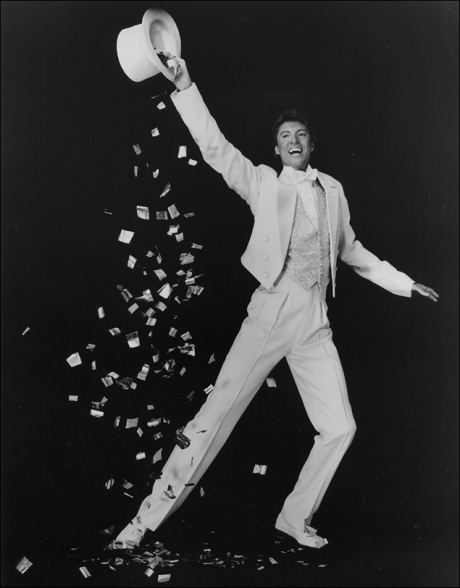 Tommy Tune in Tommy Tune Tonite!
Tune also thanked the Broadway community, including fans and theatregoers. “I want to thank each and every one of you who through the years have either attended or contributed to my Broadway offerings. They would not have worked without you. We know that Broadway has a universal mystique, and I am proud and humbled to be part of our Broadway universe. It is vast and inclusive.”

Tune began his career as a dancer on Broadway and in a long career, has received a total of 13 Tony nominations, winning nine. He is currently touring the country in his one-man show, Taps, Tunes and Tall Tales.