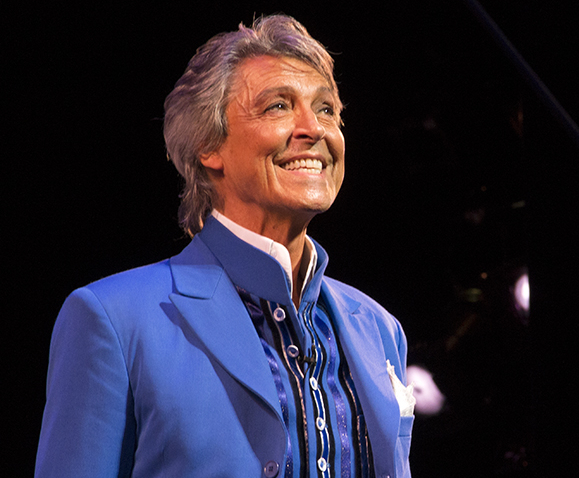 Tommy Tune will receive the 2015 Special Tony Award for Lifetime Achievement in the Theatre.
(© David Gordon)

The accolade will be presented at the 2015 Tony Awards ceremony.

The Tony Awards Administration Committee has announced that nine-time Tony Award winner and Broadway icon Tommy Tune will be this year’s recipient for the Special Tony Award for Lifetime Achievement in the Theatre. The award will be presented at the 2015 Tony Awards at Radio City Music Hall on June 7.

In addition to his nine Tonys for shows like The Will Rogers Follies and Nine, Tommy Tune has received the National Medal of Arts, eight Drama Desk Awards, and three Astaire Awards. The performer, director, and choreographer has been honored with his own star on the legendary Hollywood Walk of Fame and was inducted into the Theater Hall of Fame by Gwen Verdon. He was most recently seen on the New York stage earlier this year in the Encores! production of Lady, Be Good! at New York City Center. He is currently touring the country in his one-man show, Taps, Tunes and Tall Tales.

“It is our honor to present the legendary Tommy Tune with the Lifetime Achievement Award for his outstanding dedication to theatre and iconic achievements over the span of his more than 50 years in the business,” said Heather Hitchens, president of the American Theatre Wing, and Charlotte St. Martin, executive director of the Broadway League, in a statement. “He has succeeded in multiple facets of the industry — both on stage and off — and is a shining example of the magical experience that live performance brings.”

The Tony Awards are presented by the Broadway League and the American Theatre Wing.